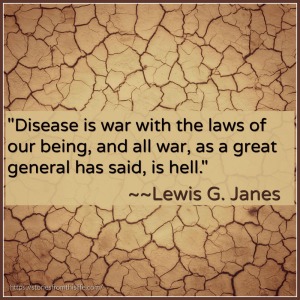 Well, thanks to Xanax, Bible reading, and creative outlets like this blog, I have been maintaining a certain amount of calmness in my life.

My latest visit with the oncologist was fairly neutral. He agreed with my decision to have the bilateral mastectomy without reconstruction. As did the surgeon, he also believes that reconstruction with the PTEN mutation present would likely present some difficulties not faced by a more normal patient. And of course, he also agreed that I should have a hysterectomy to follow.

Today was my 5th chemo treatment. Just one more after this until surgery.

Where does that leave me at this point? Various feelings, whether anger, depression, blessed, whatever.

Yes, cancer as well as genetic mutations are a messy, messy business. That’s the honest truth about it all.

I wish I could provide a hopeful, inspiring twist for the very end of this post, but I’m fresh out at the moment. Perhaps it’s the steroids that I have to take during the week of chemo, the lack of sleep (I’ve been awake since 3:00am), the pain, or simply a total disillusionment with certain things in my life. Take what you will, but this is me at the moment.

I will most likely be offline for the next few days while I recover from this latest chemo.

This is not so much an analysis of the famous work, A Grief Observed, by C.S. Lewis, but more of a considering of two turning points in my life. One admission, I haven’t re-read Lewis’ book since the first time I turned its pages over 20 years ago. A final confession: I am no scholar of Lewis or a theologian, just a currently unemployed blogger who likes to ramble after having a pumpkin-spiced latte a bit too late in the afternoon for an early bedtime.

I first read A Grief Observed while lying beside my brother’s hospital bed. He feared dying alone, or rather, surrounded by medical professionals but no family. So my mother and I kept him company there in the middle of his illness and the darkness that was quickly growing for all of us.

My mother took the ever present fold-out recliner that was seen in so many hospital rooms at the time. And me? I found that I could place two chairs facing each other and provide myself with a serviceable nap space. When the cricks in my neck became too much–or the checks from the nurses too often–I read C.S. Lewis’s book in the dimmed light.

Tonight I thought again of those nights when we waited for what we knew would be the inevitable result, the death of my brother. Grief for what was to come had already begun. And with that, always a river of fear that washed over me.

His death would be one of the first major turning points in my life. There have been many since then, of course. But with my latest cancer diagnosis, yet again I feel that interminable waiting, that restlessness that doesn’t seem to end. And the fear that returns despite the many blessings that I can count each day.

Although not grieving the approaching death of a loved one this time, I feel that there is a grief in cancer treatment, a loss of our former selves in the surgical removal of flesh and the lasting repercussions of our treatment choices. And the pain–both physical and psychological–that always remains.

Waiting for my surgery in December, I can once again relate to this quote from C.S. Lewis:

“And grief still feels like fear. Perhaps, more strictly, like suspense. Or like waiting; just hinging about waiting for something to happen. It gives life a permanently provisional feeling. It doesn’t seem worth starting anything. I can’t settle down. I yawn, I fidget, I smoke too much. Up till this I always had too little time. Now here is nothing but time. Almost pure time, empty successiveness.”

There now seems too much time in my days. I admit that rather than shouting “Carpe diem!” and running for adventure, I often escape into movies and novels.

My days are full of waiting and thinking and pacing, all with little purpose. And like those evenings so long ago when I curled up in my makeshift nap space amidst the blinking lights of the hospital monitors, my spirit is restless. Counting the days to my surgery and considering the recommended treatments beyond chemotherapy, I know that these too will leave me forever changed, and that familiar fear always rushes over and around the spaces between the moments.

Facebook, of course, is ever present as well, but the easy platitudes that comfort others often prompt me into a cynical and lonely rant. Memes like “God doesn’t make mistakes!” often force me to shut down Facebook and return to my novels for a reprieve. Struggling with my second cancer diagnosis along with the finding of the PTEN mutation, I wonder about this. Seeing God as loving seems far away in these times, and I understand Lewis’ statement:

“Not that I am (I think) in much danger of ceasing to believe in God. The real danger is of coming to believe such dreadful things about Him. The conclusion I dread is not ‘So there’s no God after all,’ but ‘So this is what God’s really like. Deceive yourself no longer.'”

I think those of us struggling need more than platitudes and Facebook memes. Someone to sit in that darkness with us, to share that space is needed.

I am already separated from my previous life by this illness, and I wonder what lies beyond this upcoming turning point. Bilateral mastectomies without reconstruction, a hysterectomy, and possibly radiation and ten years of anti-estrogen therapy. I won’t ever be my “normal” self again. But what will I become? And who will remain in that space with me and accept that new and changed me?

And what of my faith? I honestly don’t know for sure where I am headed now. Cancer is certainly a spiritual struggle, as is grief, of course. Lewis knew this intimately:

“God has not been trying an experiment on my faith or love in order to find out their quality. He knew it already. It was I who didn’t. In this trial He makes us occupy the dock, the witness box and the bench all at once. He always knew that my temple was a house of cards. His only way of making me realize that fact was to knock it down. …”

Surrendering now to the restlessness and the waiting, but still praying. 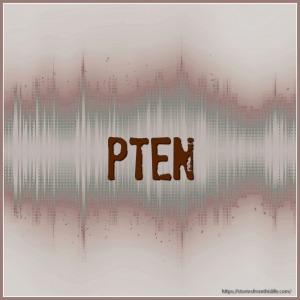 Over the years, I’ve encountered people who apparently are rarely sick and have never taken a single prescription medication. For me, it has been akin to finding a unicorn. But apparently I’m the rare one.

Back in the days of yore–when medical files were still in paper format–you could easily spot mine on the shelf as it was the largest, more like the size of the Oxford dictionary than a regular file. I was in and out of the doctor’s office so much that he joked about naming an examination room after me. That trend has never really stopped.

Indeed, I’ve seen doctors often over the years, had numerous surgeries, and taken many prescription medications. One commonality I’ve heard from all of the medical folks is just how “weird” I seem to be. The puzzled doctors will tell me things like…

I’m not sure what’s wrong with you, but here’s a pill. I hope it works.

We think you have xxxx, but we’re not sure. You’ll have to be in the hospital for awhile.

Having a second cancer is just so strange!

Yep, and now there’s the PTEN, which seems to explain all of the weirdness.

Speaking with my surgeon last week–the first time since the results of the genetic test were released–I found that much of the conversation regarded my mutation.

“You’re my first PTEN,” she said, seemingly a bit surprised by it all. She went on to talk again about the oddity of my second cancer, with it being a totally different cancer and not a recurrence. “You just don’t see that,” she stated.

Because of the PTEN mutation and the fact that this is my second go-around with cancer, I will be having a double mastectomy in December. The cancer risk is just too high at this point to do a more conservative surgery. Too, the types of reconstruction are even limited by the PTEN. Having a foreign object like an expander implant in my body is just not advisable.  Due to this and other factors, I will not be having reconstruction at this time.

Although I’ve often desired to be extraordinary in other areas of my life, such as school and work, this is one part of my life where I would prefer to be decidedly average.

During this latest go-around with cancer, I’ve encountered quite a few people with some misguided notions as to what it’s like to go through chemo. To them, feeling bad the day of the chemo infusion is understandable, but the day after? Well, recovery should be almost complete.

One does not simply recover from chemo in a day. Especially if you’re in your 40’s.

On my current Taxotere/Cytoxan regimen, I have experienced the following symptoms:

Although there is some relief as the days go by during the week of the chemo treatment, it takes about a week to feel like myself and regain my strength. Even then, the effects seem to be cumulative, and so each treatment leaves me weaker than the one previously.

Considering all of this, if you contact me during the week of chemo, you may get a totally unfiltered version of just how I’m feeling at the moment.

Being treated for cancer is simply a painful thing, both physically and emotionally. And recovery from all of this will be long as well.

I had hoped that my next post would be about the “brotherhood” of cancer patients, that we all have so much in common and can support each other. Unfortunately, I had kind of a crummy experience today with some fellow cancer patients.

Yesterday was a particularly grueling treatment, my fourth TC. I was worn out, in pain, and barely able to walk into the Cancer Center of Kansas today for my Neulasta shot, but I was there. Determined. And then I began to hear the gossiping…

A group of older ladies were gossiping about all of the other women in the waiting room. Nothing kind, of course. As I was leaving the waiting room after being called to one of the treatment rooms, I heard their statements about me:

Isn’t that too young to be a patient?

That hat is so ugly!

I didn’t know that was a girl!

I’ve done my best lately to maintain a positive outlook, but that last shot was particularly heartbreaking. I’m 43, facing breast cancer for a second time. The treatments are wearing me down, and I’m no longer able to work. I’m bald, losing weight, and will soon face a double mastectomy and possibly a hysterectomy. Being a woman after all of this treatment and surgery is a secret fear that’s tearing me apart right now.

And honestly, I was too sick today to gussy up. I’m tired and feel quite ugly after hearing their comments.

Fellow cancer patients, let’s build each other up instead of tearing each other down. We’re all struggling with different aspects of this disease called cancer. Let’s bless and support each other, pray for one another. And if you see someone like me in the waiting room who was tired but trying to maintain her dignity, please be kind.